How I am beating Type 2 Diabetes

I was diagnosed with diabetes in late July. At the time of diagnosis, my blood sugar was at 365 ml and my vision was already very bad (I couldn't make out the features of people who are not standing right in front of me. If I know you, I would know you are the one, but I wouldn't be able to describe your features if asked. My fingers were constantly tingling (A symptom of nerve damage caused by the extreme high blood sugar) and I felt like a total wreck.

I knew I was overweight, but didn't feel it was that bad (I weighed like 90kg, weigh below 80 now). At least I was hardly ever the biggest person in the room. I do drink, but very passively—once in a long while—mostly while hanging out with friends and at most 2 bottles.

I didn't consider myself a candidate for diabetes as I didn't know of a family member that had it. So getting diagnosis that read diabetes was a shock.
Read more »
Posted by Unknown at 3:48 PM 4 comments:

Linda Ikeji When Not to Call a Spade a Shovel

As sad as the whole Linda Ikeji saga is, and I admit it is sad on all fronts, we need to look beyond the sentiments and face some very fundamental facts. And one glaring fact is that Ms Linda Ikeji did take materials from people without attribution, and she made good money in the process. Another truth is that we all talking about this because a Linda Ikeji is involved—this story would not have gotten to Google if it was a Mazi Nwonwu complaining about Intellectual Theft.

I must admit that I am a fan of Linda Ikeji. Her story is a testament of what a motivated person can achieve.

Very little has changed in the spaceport. Not that I was expecting much to have changed in the time that I had been away from home, but I had not expected things to remain the same. Near the exit doors, just beyond where the customs desk ended, the touts, not so camouflaged by well-sown but low quality Aba-copy business suits, still lurked, hungry eyes searching for the next victim.

Behind them, closer to the exit doors, loitered taxi drivers, pick pockets, potters, and an assortment of humanity who make a living from transit ports of any kind.

I felt the touts edging closer from the corner of my eyes and marvelled at how much space they covered while appearing not to move at all.

A lifted palm was all I needed to ward off those that my stern mask did not discourage. Outside the port the same approach served to scoot away the throng of taxi drivers and potters, who wanted me to believe that my simple shoulder strapped hand luggage was an encumbrance I needed to be rid of.

As I walked towards the extended storage area to retrieve my car, I felt the need to look back at the shuttle that had carried me back to earth. I didn’t look. I knew what I would see: a needle shaped, rust coloured bulk that lacked the majesty of the real space going ship. The rocket functions merely as an escape vehicle, one that takes you from earth to orbit, where you would switch to a space going ship.

Virulent Part 5 (The end is only the beginning) 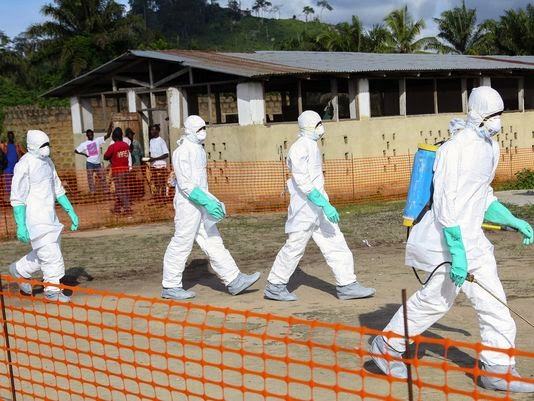 I walked to the communication hub and as I dialled Chike’s call code on their high-end video phone, I could feel Bisi’s hostile eyes burning holes in my back. At least she is not crying anymore, I thought.

Chike’s face came into view on the large view screen; he seemed relieved to see me. “what is going on?” I asked.

“Mr. Dotun. Thank God. I can’t talk much. Thinks are getting crazy out here. Things are worse than I thought. But tell me, the rats, did you notice any strange thing as you buried them?” Chike was tense, he kept looking over his shoulders, even though he appeared to be in a sort of enclosed lab.
“Yes,” I said, somehow knowing what he would say next.

“That means the plague has already reached the mainland and will soon climb up the food chain. You have to leave Eko now. Please take my wife with you; force her if you have to.”

I was about to inquire further when the screen went blank, but not before I saw the door behind Chike burst open and two burly soldier types enter the room.
*** 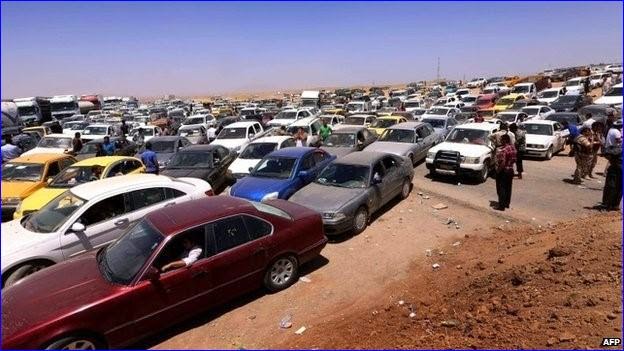 We left Eko the next morning, way ahead of the mass exodus and death that turned that beautiful city-state into hell-on-earth, but not fast enough. By the time we made it to Benin four hours later, the quarantine was fully in place in Eko. We hoped to cross Benin and make it to Enugu where Chike’s brother promised safety in the form of a close-knit clan of hill dwellers, but a hastily set up quarantine zone for people coming in from Eko negated our plans.

All through the drive, we had kept abreast with developments. Though the truth was still scanty and bitterly guarded by the Eko government, Chike had managed to get the story out and the net links were abuzz.
I worried for a while, when we could not get clearance to travel further into Chike’s ancestral home where we felt we might find safety.

In the quarantine camp, which grew by the minute as more refugees flowed in, we waited two weeks for the second round of test results to either clear us, or sign our death warrants. My wife and Bisi, more like sisters now, comforted each other, they both lost family in Eko. Then Bisi died, not from the scourge, no, I think of heartbreak. Of Chike, we heard little. Some say he they placed him in a government facility safe from the plague; others said he tried to help the afflicted and contacted the late stage of the infection.

Because we left when we did, we managed to cross Ogun before the militia blocked all exits. From there, only horror tales escaped.

‘Sir...sir,’ an urgent voice intruded on my thoughts, drawing me back to the present.

I look up to see a Guardsman looming over me, blocking the rainbow hue from the cathedral windows.

‘What?’ I ask, grateful for the intrusion but wondering what he wanted. The Guardmen were notorious with how harshly they’ve been treating people since emergency law came into effect last week. Adunni says it is the tension, they are human after all.

‘Please head to the meeting tent, the result for the tests are out,’ he say, turning to walk away.

‘Wait,’ I call out, stopping him in mid stride, ‘What happens now?’

The Guardsman looks at me as if he was pondering how much to tell me, then he just shrugs and continues on his way.

I stand up from the plastic chair, take one last look at the Cathedral, and enter the tent to fetch my family. 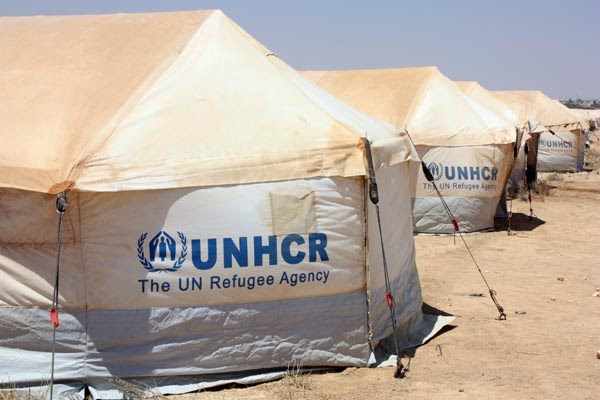 Posted by Unknown at 9:07 AM No comments:

Six Nigerian professionals are embarking on a 6-day hike to the peak of Mt Kilimanjaro, Africa’s tallest mountain. This is happening as part of a fundraising drive for the Lagos based Down Syndrome Foundation.  The Charity climb tagged Climb for Down syndrome, the brain child of Inspired by Charity, a social enterprise, is scheduled to take place 16th-23rd August, 2014 in Tanzania.

The hiking party hopes to use the climb to raise awareness about Down syndrome and help to raise 10,000,000 naira for the Down Syndrome Foundation (DSF). DSF is a renowned charity that works to provide leadership, support and advocacy in all areas of concern as it relates to persons with Down syndrome in Nigeria.

Mount Kilimanjaro, the highest freestanding Mountain at 5,895m high, attracts over 40,000 people every year who seek to climb the mountain. Of the seven summits, it is the easiest to climb, requiring no ropes, or special mountaineering gears or previous climbing experience.

The Climb for Down Syndrome Party will be climbing through the Machame route, one of the seven routes to Uhuru summit. The choice of the route according to Dotun Eyinade, the convener is to ensure that everyone acclimatizes quickly and to increase the chances of success. “Climbing Mt. Kilimanjaro remains a physical and mental challenge and for many of us it will be one of the most physically exacting things we would do in our youth” he added.  Inspired by Charity views the experience as more than an adventure but a purposeful intervention in  support of the Down Syndrome Foundation, as it executes its charitable mandate in providing critical succor to a vulnerable community. Eyinade, a Fellow with Acumen Fund said the team would leverage the media, especially new media platforms to raise awareness about Down syndrome and the Foundation. As socially minded professionals, we consider the hike a transformational experience, one which requires courage, grit and determination; we are excited about the prospect of using the hike to fundraise for Down syndrome foundation and help to place down syndrome on the front burners of public discourse again.

The professionals are drawn from the KPMG, Seven Energy, Generation Enterprise, Acumen Fund amongst others. Accordingly, Climb for Down Syndrome has received the endorsement of the Down Syndrome Foundation. “This is a worthy and unique concept which I believe must be the first of its kind in our country. We would love to thank the team for believing in our cause and finding our Foundation worthy to benefit from this unique event,” said Mrs Rose Mordi, President, Down Syndrome Foundation.

Donations in support of the Climb can be made directly to the bank accounts of the Down Syndrome Foundation as well as on www.234give.com, a crowdfunding platform.

The climb is supported by Premium Times, The cable news, Development Diaries and the One Life initiative
Posted by Unknown at 11:32 AM No comments: